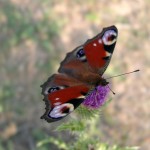 This is a story written by Harry Beckwith, a services marketing guru, about how one man’s exceptional customer service led to much greater things.On September 16 1993 a Minneapolis man remembered that Dayton’s suit department had promised they would have his summer-weight jacket repaired and ready by that afternoon.

The executive approached the register and was quickly met by an energetic dark-haired clerk named Roger Azzam.

“I’m here for the jacket,” the executive said.

Three minutes later Azzam returned from Alterations with bad news.  “Sorry, not ready.”  The executive had barely started to complain that his heart was set on getting the jacket when Roger disappeared, shouting, “Be right back!”

Almost as quickly, Roger returned.  “They will do it right now and have the jacket in five minutes, I promise,” he said.

The customer reacted as most people would.  He was touched.  Actually, he was more than touched.  The clerk had gone so far out of this way that the customer now felt indebted to him.

While the customer waited, he started walking through three aisles of sports jackets.  He spotted a handsome brown herringbone Hugo Boss jacket with a  matching price tag: $575.

Naturally, the story ends with the executive buying the $575 jacket – but not only that.  He also had to buy a $110 pair of black slacks and a $55 brown, black and white-striped tie to match them.

In seconds, a tiny flap of a butterfly’s wings – Roger Azzam’s five-minute dash up to Alterations – created a $740 sale.  Not to mention the value of all the publicity Dayton’s  got for Roger’s gesture.

The morning after that sale, the senior buyer in Dayton’s men’s suits department reviewed the sales figures on his computer screen.  “I sold another of those Hugo Boss jackets,” he complimented himself, crediting his shrewd buying and understanding of his customers.  But Dayton’s buyer did not sell the jacket.  Roger Azzam did – with a gesture almost as tiny as the flap of a butterfly’s wings.

Be a Roger, and hire Rogers.  Flap your wings.

Think about what you could achieve, the opportunities are endless.

I started Elite Edge at the end of 1999 and I am still as passionate about marketing today as I was then - probably more so because I consider myself very lucky to do a job that I love every day! My area of specialism is strategic planning but like most people these days, I wear many other hats too!
View all posts by Marie →
This entry was posted in Customer Satisfaction, Customer Service and tagged customer service, selling. Bookmark the permalink.